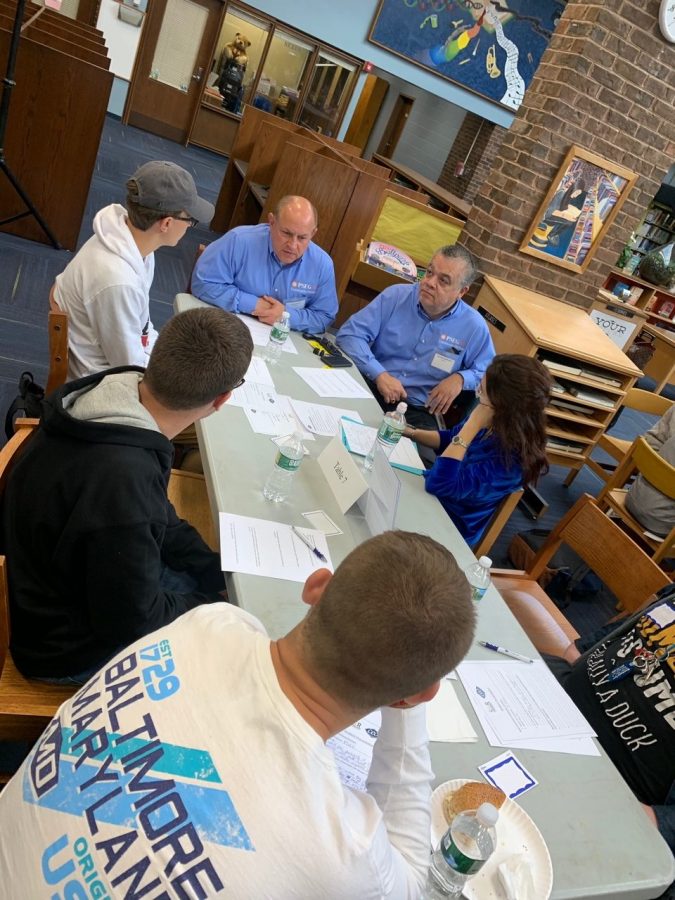 Manager John Cassano and Lead Analyst/ Sr. Business Support Specialist Orlando Molinares of PSEG (Public Service Enterprise Group) help the public with their electricity and power needs during extreme weather conditions. The company has more than 80 megawatts that can power thousands of homes across Long Island during power outages.

“No one is ever sitting around. This job is very hands-on; it’s hard work,” Mr. Cassano said. He was recruited full-ride to the University of Florida for baseball and majored in biology. Unfortunately, he said he got cancer in his throwing arm which ended his baseball career. He started working for Brooklyn Union Gas and went back to school to get his master’s degree at New York University. A friend of Mr. Cassano’s gave him a business card and he ended up as a manager at PSEG.

Mr. Molinares attended City College of New York and majored in engineering. He eventually became a sales person/ conservation consultant at Brooklyn Union Gas and after 15 years, the company split and he began working at PSEG.

“You can only learn so much in school,” Mr. Cassano said. “Students who come to intern and learn here get a really nice view into real-world projects that teach safe, economical, and efficient approaches.”  PSEG is different from other enterprise groups because it provides entry-level students with an opportunity to receive a college degree on-site while having a full-time job there.

“We can give you money to reimburse you for good grades,” Mr. Cassano said.

PSEG has many departments. Not only does the company provide jobs for engineers, it also employs people based in finance, customer service, and computer sciences.

“Our interns don’t just sit around and make copies; our employees ask you for suggestions to get your mind working,” Mr. Molinares said. Interested students can go to psegliny.com and click on “Corporate Citizenship.”