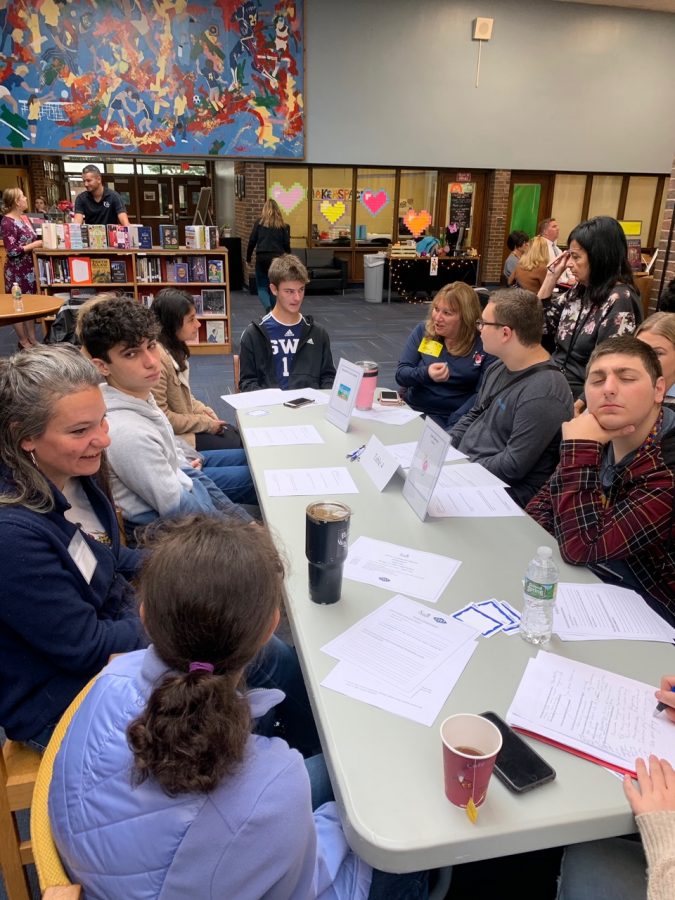 “Our only goal and mission is to keep the dogs happy and healthy,” Mrs. Deszcz said. She said the best part of her career is enjoying the animals.

Mrs. Deszcz described Hounds Town as a hotel for dogs. During the day, the dogs are placed together in an interactive play room. When the dogs eat and sleep, they are separated into their own rooms. There are animal groomers there as well.

Mrs. Deszcz said she originally was an employee of Hounds Town and was presented with the opportunity six years ago to buy the business, so she did. “I got tired of making money for someone else,” Mrs. Deszcz said.  She said the best day of her life was when she bought the business. She then earned her master’s degree in animal behavior through online schooling at the University of Seattle.

Mrs. Deszcz said that managing her time is something that becomes complicated because of the unpredictability of animals and people. She said that she does feel more secure writing down her plans in a little book to keep everything organized as opposed to keeping it in her phone and relying on technology. “I try to follow a calendar,” she said.

Her least favorite part of her job is bookkeeping, paying bills, and taking care of taxes.

“The boring stuff is not a good time,” Mrs. Deszcz said.

What she values most about her job is the flexibility because she owns the business. She said that this works both ways though; Mrs. Deszcz said that because she is the boss, if she is needed, she has to go in to work–but employees who are asked to work extra hours can say no.

Looking back on all of her decisions leading up and into her career, she said she wouldn’t change anything because all of her mistakes have had a purpose in her life.

“Most successful people are building off of a tremendous number of failures,” Mrs. Deszcz said.