How Has the Quarantine Affected Sophomores? 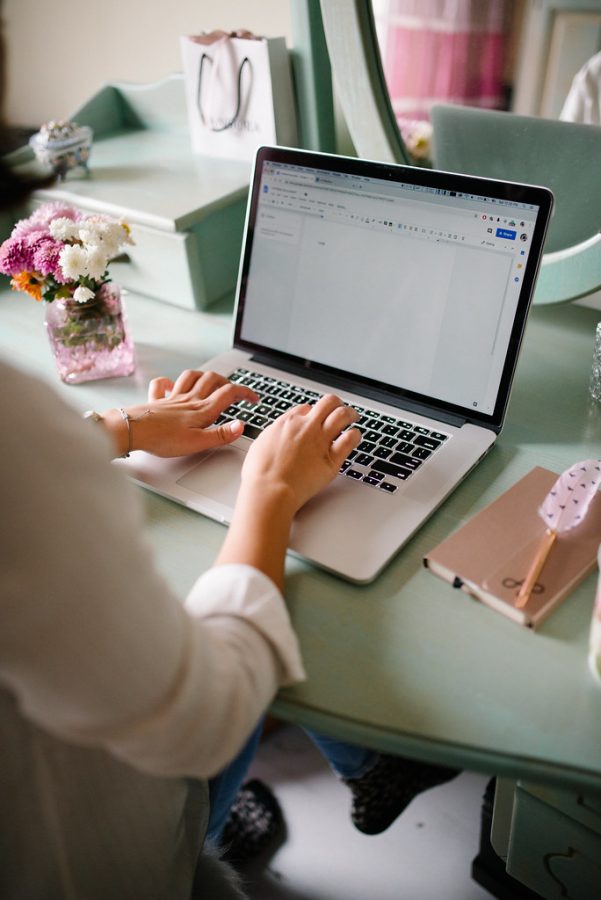 When schools closed in March of 2020 due to the Covid-19 outbreak, many students were ecstatic. At first it was believed that this would just be an extra two week break from school to de-stress and hang out with friends. Obviously, this was not the case. Schools began to announce that they would be shutting down for the remainder of the school year, and would begin following a “remote learning” schedule. At the high school, students resumed their 9-period day with each class shortened to about 20 minutes, with an hour long break in the middle of the day. This may have boosted some people’s grades, as the workload was lighter and students had more free time to get their work done. However, for many students, distance learning was a struggle; particularly for this year’s sophomores, who were only freshmen last year trying to find their place in the high school when the world fell into shambles.

When the district announced that they were opening all of the schools for in-person learning, 5-days-a-week, it’s safe to say the students’ initial reactions were surprise and shock. After learning remotely for the final quarter of the 2019-20 school year, the last thing students believed would happen was to jump right back into the swing of things. A few other schools had opted for hybrid learning, which involves the students being split into groups (usually two) and interchanging the groups that worked in school and online on a schedule. While one group may go in on Mondays and Tuesdays, the other group may go in on Thursdays and Fridays. Some other schools made the decision to remain fully online as well, but very few schools had the capability to maintain entirely in-school learning.

According to a survey conducted among the sophomores—which resulted in 111 responses—when prompted with the question “How well have you adjusted to being back in school 5 days a week after being fully remote at the end of last year?” and given a scale of 1-10, the majority (23.4%) answered with an 8, meaning the transition was not perfect, but overall positive. Similarly, when asked “Do you believe your performance in school was better, worse, or the same during distance learning as it was in school?” 43.2% of students responded with “worse” showing how although there is still a reasonable percentage of sophomores who believe online learning either easier or more beneficial, a fair majority believe that in-school learning produces better results.

The same survey asked for written feedback from the sophomores for various questions in order to get insight on the benefits and disadvantages of remote learning. The first question asked for one benefit students found from online learning, and the most common answers were along the lines of “I got more sleep,” “it was less stressful,” and “it was easier.” These are standard responses for sophomores nowadays, no matter the school district. However, another question asked about ways students struggled during online learning, and many responses mentioned low motivation, lack of communication with teachers, wifi issues, and being easily distracted. This is a problem for educators, as it is important that students are engaged in lessons so they have an easier time understanding the material being taught. With remote learning, it would appear that there are less opportunities to truly engage students and ensure they are truly absorbing the information they are learning.

Sophomore Annabella Barget spread her insight on the subject. One of the topics that she spoke out about was how the constant closings due to positive cases have affected her performance in school. “Testing being rescheduled after studying relentlessly for days is really stressful. So is working on a project that’s supposed to be with a group of people and having to work on it by yourself. Anything that needs to be done in school gets pushed back until after the school reopens, but by then everyone is behind on their work and the end of the quarter gets crammed with last-minute tests.” She is not the only one who feels this way. Sophomore Madison McQuade shared similar regards to the same topic. “I find it more difficult to learn from home, especially on short notice. When you’re in school it’s a set environment that you’re used to, so it’s easier to retain information.”

Both students were also asked to respond to the question: Compared to other schools, what should SWR do to improve our in-school learning. Barget responded with the idea of employing the use of plexiglass in classrooms. “I’ve noticed a few other schools have started using plexiglass at desks. We could try using plexiglass because if kids want to take a mask break, the plexiglass would allow them to do so with the people around them feeling a little more comfortable.”

McQuade answered in response to homebase being a lunch period for many students: “I think lunch is like a coronavirus superspreading event; but I understand how hard it is for teachers to keep a constant eye on their students to make sure they put their mask on right after they eat. Twenty kids eating in one room at the same time just sounds like the easiest way for the virus to spread. Even with desks placed six feet apart they can still shift. One way this can be fixed is if students eat their lunch in shortened intervals. So, one group can eat for the first half and another group can eat for the second half. While lunch will continue to be a problem as long as the virus is out there, this could help expose people a little less.”

In the final section of the survey sent out to sophomores, it left a place for students to speak their minds about the topic. A few responses are listed below:

“It honestly makes no sense to me why my school is still open. They’re risking lots of kids getting the virus by completely opening it 5 days a week. I think they should rethink their decision of full-time school if they really care about keeping the covid cases down in our district.” – anonymous

“Doing online learning for an extended period of time is not just bad for our learning experience, but also has been bad for our mental health. The more we stay at home, the more unmotivated we get. “-anonymous

“I think that some of the teachers believe it is a “normal” year and I feel that I have gotten the same amount of work as last year. Unfortunately, this year isn’t normal and is certainly much more stressful and chaotic..School shouldn’t be the most of our worries this year, especially with everything else going on in the world. I would suggest we have a little longer [to complete] assignments.” – anonymous

“Online learning is horrible for the education of the students. We have not learned anything during it. I even struggle when we have to go remote for days because of Covid-19 tracing. It is truly a nightmare for our education.” – anonymous

It seems that even though the quarantine was a tough time for sophomores, they believe it is safer than being open and in-person five-days-a-week. Many people believe the reopening phase is a limited one, and remote learning will commence once more, and soon. Hopefully with the new vaccines being released, students won’t be put in the same predicament as last spring and these sophomores will finally have a normal year of high school during their junior year.