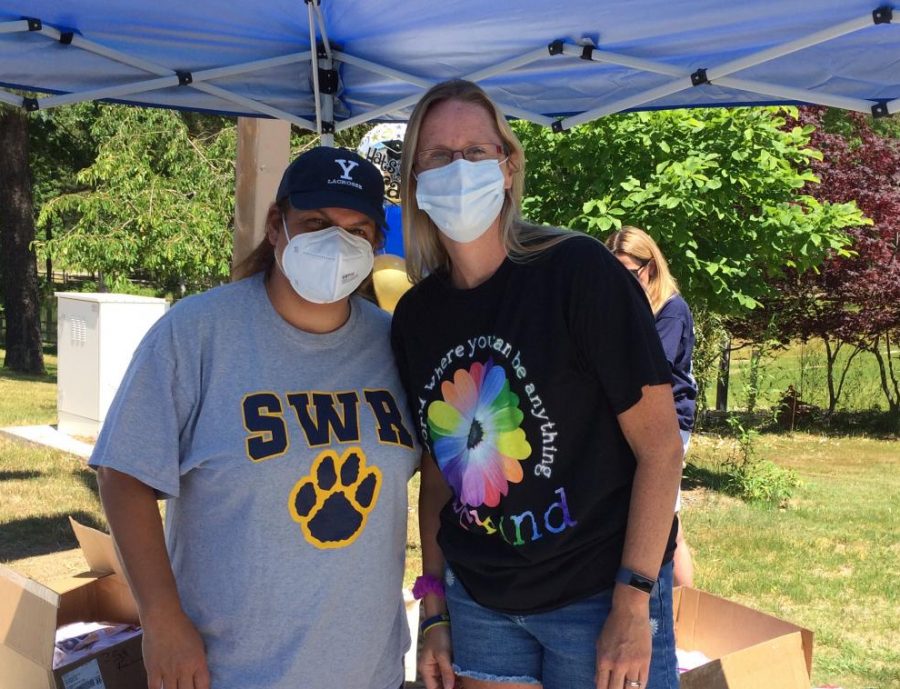 Ms. Eschbach and Mrs. Mitchell wear their masks at the June 12 Senior Sendoff. You can’t see it, but they are definitely smiling.